WHERE FROM HERE  by Lenore Malen and Samir Bhowmik  http://samirbhowmik.cc/ was commissioned by the Finnish Cultural Institutes

to quickly respond to challenges caused by the Covid-19 pandemic: “a state of emergency, radical change, resilience and artistic practice in the future.”

We sense too little and can’t imagine enough.  Gianpiero Petriglieri

the quarantined body and other bodies in this suspended state of the virtual.  Addressing themes of virtuality in a pandemic and its origins in utopian dreams of globalization, we are presenting a

of Soho and Hudson NY  and the Helsinki Archipelago: Vuossari, Jätkäsaari, Kruunuvuori, ]sites of oil extraction and mining.

This back-and-forth remote correspondence between us in May and June 2020 worked like a chain letter, constantly dependent on interpretation

and improvisation.  The entire project will premiere in late summer/early autumn.  My three films can be seen here.

a letter from Orwell to Huxley, Edgar Allan Poe’s “A Descent into Maelstrom,”  Nikolai Fedorov’s  Manifesto on Russian Cosmism. 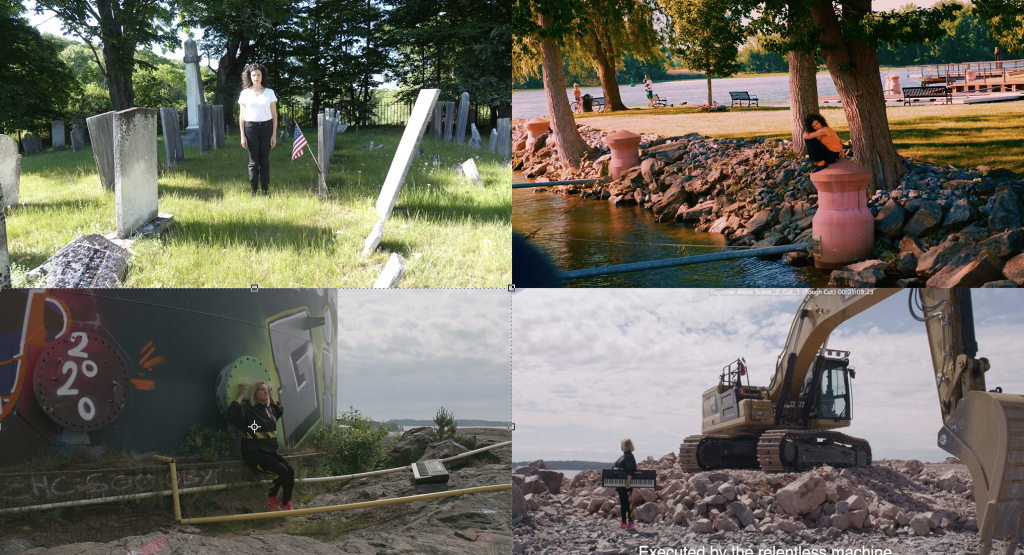