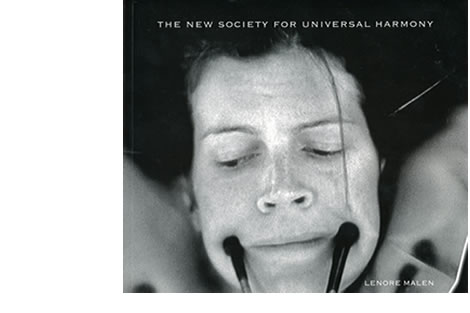 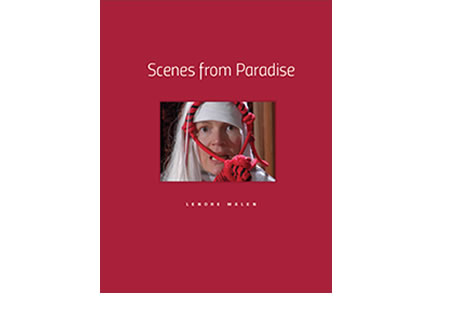 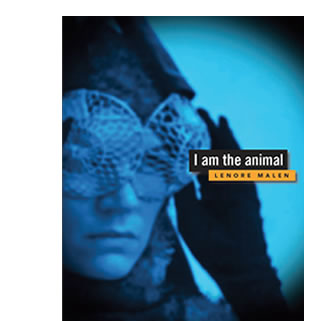 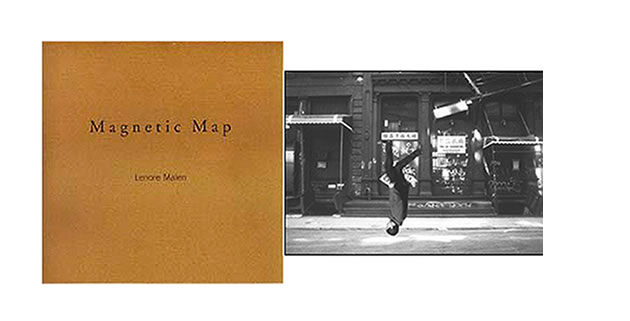 “Understanding language as political, Malen presents interspecies relationships without sentimentality. Her affective tools—satire, Biblical absurdism, and the compassion it took to found The New Society For Universal Harmony (which Malen did in 1999)—are worth holding onto in a moment when one stupid tweet could begin nuclear annihilation.”

Lenore Malen is an artist of extraordinary intelligence, compassion, and depth. Her work bridges biology, ecology, philosophy, performance, political science, and a wide range of literature, . . providing a fresh, quirky take on cultural images that have been used to the point of cliché, making us feel we are seeing Eden or a talking horse for the first time.

That Scenes From Paradise is overwhelmingly about a complexly shaded eco-catastrophe is a given that is ever present on Malen’s screen. That a class driven, economics driven, north-south divide driven potlatch has been played out is a given. And potlatch has always had the risk, the catch, (its given), built into it, that is, you might just give too much away.

Again, no rabbit from hat, rather there is a need to reinvent what we mean by and use as nature going forth. That the style of Malen’s intervention has a Planet of The Apes feel to it (perhaps it is the down at heals astronaut’s suites) is no coincidence. Knowing, understanding the nature/culture toggle switch plays out on precisely the cultural terrain where images come to represent lived experience is the key.

Kari Weil (University Professor, Wesleyan University) on I Am an Animal

“We might want to ask, can the camera reveal the gaze of the bee? Lenore Malen’s film answers with a smarter question, or even a series of them. Is subjectivity confined to the gaze? Is it only by invoking the point of view of the animal that his or her subjectivity can be invoked? Might that not be an impoverished understanding of subjectivity? Indeed, this identification between subjectivity and the act of looking may be a shortcoming in John Berger if not in Derrida, whose text Lenore invokes throughout her piece.”

Lenore Malen’s multimedia project The New Society for Universal Harmony documented in a recent book and in several gallery and museum presentations, simulates the spell of utopian yearning (and its familiar decay into authoritarian ideology) in a slyly deflationary paradigm of illness and healing, expanded outward from individual malaise and cure to an idealized therapeutic communitarianism. Malen’s model utopia is an elaborated woven fiction, a restaging in photographs, videos and texts, of the “magnetic healing:” practiced in the years leading up to the French Revolution by Franz Anton Mesmer and his followers….

CLIPS FROM PAST REVIEWS

“The three screens of I Am The Animal are rhythmic elements that deterritorialize our vision. A slowly progressing multiplication of viewpoints is the becoming-animal of perception that the installation delivers. The immersive space is also one of measured fragmentation into the compound vision of insects. Slow disorientation is one tactic of this mode of becoming; it points both to the world of insects and to the media in which we are immersed.”

“In her 2003 essay, “Cults and Cosmic Consciousness,” critic Camille Paglia likens our contemporary sociopolitical climate to the upheaval experienced in both late Hellenistic and imperial Roman times. Paglia reckons that the proliferation of cults, a phenomenon common to all three eras, is symptomatic “of cultural fracturing in cosmopolitan periods of rapid expansion and mobility.” Rather than envisioning 1960s-style alternatives – however flawed – to the status quo (a la Timothy Leary’s “turn on, tune in, and drop out”), the disillusioned among us today turn on and tune out by embracing the culture of distraction. But celebrity worship, cinematic spectacle, and hyper consumerism fail to satisfy deep spiritual needs and signs of our want are abundant in popular culture: television programs feature paranormal investigators, mediums, and psychics; horoscopes are a staple of newspapers; religious fundamentalism is experiencing significant surges in popularity.   Yet western academics and arbiters of high culture have for the last thirty years dismissed projects that esteem religiosity or the occult. Adolescent and iconoclastic efforts critiquing, attacking or lampooning religion were accepted, but devotional or faith-oriented works were rarely printed or exhibited by mainstream publishers or galleries. Fortunately, we are beginning to jettison the self-conscious rhetoric and cynicism of late 20th century philosophy and critical thinking. As a result, contemporary artists address our spiritual void more honestly and, in doing so, they often draw on the social experiments and ideologies of the 1960s and 70s. Psychedelic painting is appearing in galleries, as is an affection for pagan or pantheistic metaphysics and ritual magic, cornerstones of cultism.   Cultism is a natural outgrowth of human society. It can be denied, but never abolished. Indeed, though mainstream media outlets and academic institutions continue to frown on articles or expressions of deep faith, most of the world’s population, ours included, identifies as “religious.” The truly global citizen must relearn (or at least learn to respect) the value of sacred symbols and rites. But can we also learn to accept spiritual plurality? Is cultic belief fundamentally anathema to pluralism? Are we sophisticated enough to discern between “real” spirituality and the quick con or, more seriously, demagoguery? These questions are central to the projects of two artists about whom more should be known, Jose Alvarez and Lenore Malen.”

“In the vein of one of those old “Choose Your Own Adventure” novels,  let’s try a hypothetical scenario about the multimedia exhibit  “Lenore Malen and the New Society for Universal Harmony,” showing at  the Zilkha Gallery until March 2. We’ll say that, after winding your  way through the art installation, you come upon a writing desk with  two drawers occupying the back corner of the gallery. A placard above  the desk directs visitors to jot down their questions for someone  known as Dr. Mesmer and to slip the queries, along with an email or  postal address to enable a reply, into the bottom drawer of the desk.  Because it is not mentioned in the placard’s instructions, it seems  evident the desk’s top drawer must not be a part of the exhibit.”

“The construction of life is at present in the power of facts far more than of convictions, and of such facts as have scarcely ever become the basis of convictions.” –Walter Benjamin, “One-Way Street”

“She did not notice the noise, for she had been born with it in her ears”–E.M Forster, “The Machine Stops”

“A visitor to Lenore Malen’s New Society for Universal Harmony could be forgiven for not knowing how to interpret the objects, texts, photographs and video on view.  They are displayed in a manner that is equal parts school science project, surrealist parlor game and historical re-enactment, leading to the assumption of a reality that may or may not be only an artist’s fantasy.  The presentation is bookmarked between two thoroughly absorbing and maddeningly elusive figures:  Dr. Franz Anton Mesmer, the 18th century practitioner of magnet-induced psychic healing and hypnotism; and Dr. F.A. Mesmer, his 21st century disciple.”

“The Surrealists liked board games (and similar entertainments) because they offered an occasion for practicing surrender-to chance, mostly but also to the deep currents of the unconscious, or to the more vaporous ones of chemically enhanced conviviality. As iconography such games appeared in works by Arp, Ernst, and Giacometti. Duchamp on the other hand, liked nothing better than cheating chance, whether in art or chess; he had the patience and analytic cast of mind necessary for studying the odds hard, exploiting them when he could, and not least, enjoying himself when he couldn’t. Lenore Malen comes in, with her new book Opportunity Knocks! (New York, Warm Gun Press, l998 $50.) Subtitled ” A Book of Games” it has a front cover that is green-flocked, like a casino table, a cutout window reveals a black and white photograph of a young man and woman, applying themselves to a game. The photo, it turns out, is glued to a small envelope inside, containing printed tokens used to advance in one of the book’s four games. A further helpful accessory is the custom-printed pencil attached to the book’s wire-ring binding. Three of the games have separate existences as beautifully crafted objects, which are represented here in color plates trimmed to the boards’ contours and adhered on two corners with small rounds of Velcro. Rules, including narrative introductions, constitute the books text, along with a “Book of Answers” and a gracefully allusive concluding essay by Arlene Raven. Malen’s directions for rescuing the victim of “Fever: A Game of the Underworld” read like hypertext Dante, punctuated with apposite terms from astrophysics. Using by degree to l04, the steps of this game offer a parable of adversity, courage, and redemption threatened as much by irony as by mortal danger. “Game of Burning Desire” is played with the inset tokens; its winner gets the only berth on the last boat out of Eastern Europe before the “Flood.” In “How Does the Prisoner Escape” a traditional brainteaser is updated with a Kaflaesque scenario and a lower Manhattan address. Also traditional, and here reduced to bleak and all too contemporary poetry, is the final game, “Loves me/Not” for which neither playing piece nor board is necessary. But the answer is easily guessed, as even the exclamatory title of Opportunity Knocks alerts the reader to its distinctive blend of urgency and fatalism played for laughs. If the mysteries of affection can be truly divined, if fate can be courted, and won-and if, as Malen suggests, the opportunity to prevail comes not more than once-this book is a fine practice manual. If not, if offers the consolation of some thoroughly distracting games.”

“With a few notable exceptions – the Beckett-Johns collaboration from the ’70 comes to mind, as well as Francesco Clemente’s Departure of the Argonaut and the political agitprop works of Sue Coe – the artists’ illustrated book remains an under-exhibited medium, and illustrations by contemporary artists of “classic” texts few and far between. For both of these reasons, Lenore Malen’s show of illustrations of Dante’s Divine Comedy was of unusual interest. Malen extracted a handful of cantos from all three books of the epic work and created images that responded both to Dante’s own eye for the telling dramatic image and to the ideological abstraction that grows more pronounced as the poem progresses. In a more recent show at M-13, Malen offered a set of l8 pastels on handmade paper, which incorporate the words of specific text, but were conceived for a theme independent of the text itself. These works, collectively titled “No More Sand Art” were a direct response to the Gulf War of 1991, and included quotations from the European poet Paul Celan. Where the surface in “Images from Dante” were velvety and smooth, in “No More Sand Art’ they were built up with sand and the images incised into them providing a kind of material correlative for their references to a specific event. As in the Dante series, fragmentation was the central imagistic conceit, with bizarre heads and hands suggesting the unnatural atrocities that war-any war-produces. Here again, Malen has taken an immense subject-as well as interestingly, a historical narrative that has yet to be written-and rendered it with a physical intimacy that is arresting in its emotional impact.”